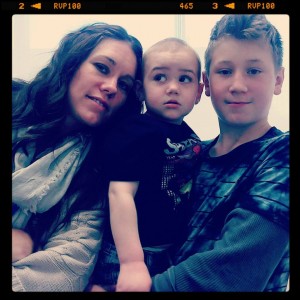 DAY +153 update ~ It’s been awhile since the last update. Liam is doing good, today he is 5 months post transplant. He had 2 appointments last week. He had to have an IVG infusion on last Monday, to help give his immune system a boost. His level was lower than they like it to be at this point after transplant. His liver levels have been better so that was a good thing. His magnesium level has been holding in the normal range, and he is off the IV magnesium/ fluids at night  Not sure how much longer he will need his PIC line. It is has to be flushed and hep locked twice a day. It will be a great relief when he doesn’t need it anymore. He really is so tired of all of it. Some days he doesn’t mind and some days he is really not wanting it done at all. It is still a struggle getting him to take all of his meds. But we just take it one day at a time. They will be testing his engraftment at his next appointment. Really hope we get some good news, and that Noa’s cells are still going up. He has had a rash off and on this last week. First it was on his chest, than on the back of his neck. They have me putting a cream on it, seems to help. It is so hard for him to watch his brothers go outside and play. He wants to go out so bad. But they think he might be having skin Graft Verus Host Disease. So he needs to be very careful and NO SUN exposure. We have to keep the blinds and curtains closed during the sunny time of day. It will be so great when he can play outside like a normal little boy. Thank you so much for following Liam’s journey and for all your love and prayers. Please continue to pray for Noa’s cell to keep growing.