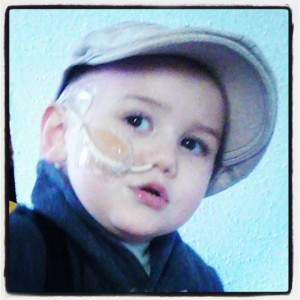 Things have been so busy the last 2 weeks. We had an appointment June 4th, at that appointment they said that Liam wouldn’t be going home at Day +100 because of the gut GVHD. Than the next appointment they said we would be discharge to go home the next week, June 11th. This was after they had reviewed all of the data from his Day +84 testing. Liam’s gut GVHD had also continued to improve. It was great news, but the reality of leave the safety net of being in Seattle with the BMT doctors right their was very overwhelming. But we were very excited that they felt confident they Liam was doing well enough to go home. We had a week to get everything ready to go. I was so thankful, my Aunt Tami hired a cleaning company to clean the Ronald McDonald Apartment. That was a huge relief, one less thing to worry about. The last week was so crazy. You don’t realize how much stuff you have until you start packing. We had been in Seattle since Liam’s HLH flare the end of Dec. 2012. I had to go home the weekend before we left to get the house ready, and I took a car load of stuff home. My mom took a load of stuff home. Than my dad took a car load of things home. I thought that the rest would all fit in the car going home. The morning we were leaving as everything was being loaded in the car I was about to panic. I had Noa and Hunter came up to Seattle for the journey HOME, which really limited the space in the car. But I was so glad to have them there  Every space in the car was filled. It was hilarious, it will be a fun memory for us to look back on. We had a good laugh about it at the time. We got home on June 12th. It is so good to be home, and all the brothers together. Liam is doing good. His lab are all good. They did a full sorted chimerism blood test on his graft last week. PLEASE PRAY that Noa’s cells are continuing to go up. Thank you for your support, prayers and love.